STRIKERS 1945, the classic Psikyo shooter, is coming to Steam! 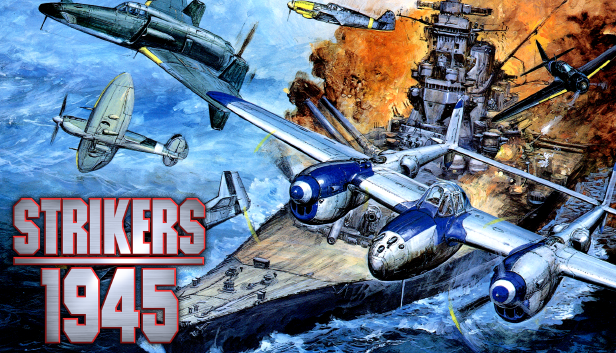 City Connection has announced that they will be releasing "STRIKERS 1945", a vertical shooter, on April 30th, 2020 on Steam. "STRIKERS 1945" was a title released by Psikyo, who was a prominent game publisher in the 90's. This version on Steam is based off the the Switch version released in 2017, but will have new features such as Score Attack mode and Online Rankings. We will also have Steam Achievements. Also, we are having a release sale from April 30th-May 7th to celebrate the release of this title.

This is the most popular and famous title from the Psikyo shooter series.

Strikers 1945 is a vertical-scrolling shooter game that first appeared in arcades in 1995. Now, players can change the difficulty, screen orientation, add continues, configure their controls and compete in the online ranking.

- World War II-era fighters are here, and you can fly six different types of planes, each with unique features.
- Power up with "P" items, with sub-weapons also added.
- Get bombs with the "B" item to wipe out enemy bullets and evade your foes!
- Unleash the formation attack to take down your enemies!

- 7 levels of difficulty can be selected for beginners.
- Now players can really test out their skills with a "HARD" and "VERY HARD" mode. We're looking for recruits who are up for the test.
- Local rankings will support all difficulty levels and your own planes.

- The vertical screen mode that allows you to play in arcade style like back in the day.
- Select the screen filter from the normal +2 version.
- You can set the number of lives from 1 to 9 and the number of continues from 0 to unlimited.
- Assign "Shot", "Auto Shot" and "Bomb" in the key configuration.
- The vertical screen mode can be operated in the horizontal mode as well! Now enjoy a completely different gameplay.

- This is a new feature that has a very severe mode with a fixed difficulty level and number of lives.
- Compete in high scores and score attacks against players from all over the world!
- Online rankings can be viewed from the options menu.

Following the release of "STRIKERS 1945", we have an exciting lineup from the Psikyo shooter family coming to Steam.

*Screenshots are WIP. The product version has English interface and subtitles.